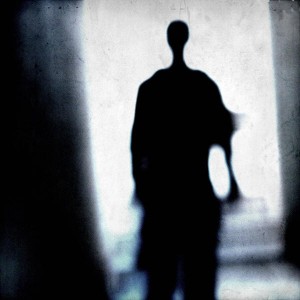 One of my most intense ghost experiences was in 1990 while I was in college.  My roommate and I were studying one night when our dorm room suddenly became freezing cold, even though the Southern California was a sweltering 80 degrees and we had no air conditioning.  The nerves in my skin started buzzing — like TV snow — as if I'd suddenly been draped by an invisible blanket of static electricity.  I looked up from my book just in time to see a man standing in our room.  Our room's door was locked, yet somehow he'd gotten in without a sound, and now there he was, obscuring the entire door with his wide 6'5 frame.  He was opaque and dark — a shadow man — with no discernible features except for two glowing yellow eyes.  I glanced at my roommate, who was staring at the door with his mouth and eyes wide open, unable to speak.  I looked back at the door again and the figure was gone.

I asked my roommate, "Did you see that?" And he replied, "The eyes!"

Then I glanced down at my book, and to my shock, I saw an afterglow of the man on the white of the page — an after-image burned onto my retinas like a camera flash.  I looked to the left, then the right, and the image moved with my gaze.  Obviously the entity we'd just seen had emitted a huge amount of energy.

The man continued visiting us over the next two weeks with increasing frequency.  Every time he appeared, my roommate and I would feel our room go abuzz with cold static and our arm hair would stand up.  The static energy was so powerful that we could tell where the man was in our building — even if he was at the far end of the hall, we could feel where his energy was coming from in the same way you can feel the Sun's heat with your eyes shut.

The man visited at all hours, including the dead of night, until we were losing major sleep.  The cold static was rubbing my nerves raw to the point that I felt hypersensitive to the thoughts and emotions of others.  When the static was around, I gained a measurable amount of psychic awareness, and my roommate was having the same experience.  For fun, one of us would draw a picture, then focus on it intently, to see if the other could pick up on the thoughts and draw the same picture.  The results were uncanny; again and again, with increasing accuracy, we were able to reach each other's thoughts.  The other students in the dorm thought we were insane, but they couldn't argue with the fact that our arm hair was standing up, and that we seemed able to know what the other was thinking in test after test. 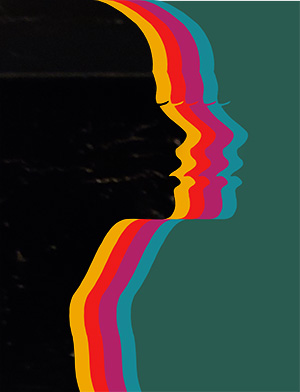 I had my first out-of-body experience during this time of raw nervousness.  One evening while walking up a path to our dorm building, I felt a surge of "jangly nerves" — an energy that seemed to come up from the ground and wash over me — and suddenly I was flying, like a Chinese dragon with a long tail that was still attached to my physical body.  My dragon-spirit "body" flew up the path to the dorm, down the hall, and up the stairs to a small living room where I saw my friends sitting around talking.  Then, in a flash, my spirit retracted, slamming back into my body.  All of this had occurred in the blink of an eye.  Not sure if what I'd experienced had been real, I ran to the dorm, down the hall, and up the stairs to the living room, where I found everyone — all the students I'd seen in my vision were there — except one woman, Laura, was standing, while in my vision I'd seen her sitting.  I asked Laura, "Were you just sitting on that couch a second ago?" To which she answered, "Yes. . . . Why?" And so it was true: I'd visited the living room before I'd physically arrived. 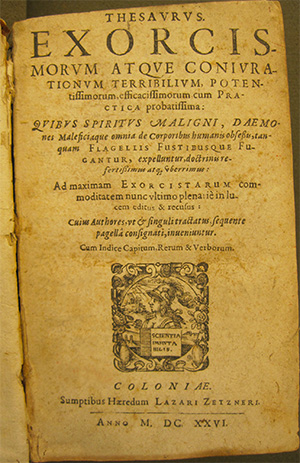 After two weeks of this chaos, my roommate and I couldn't take it anymore.  Our nerves were fried, and we were averaging 2-3 hours of sleep per night.  Desperate, I researched everything I could find on exorcism, cleansing, repelling ghosts, you name it.  I finally settled on a series of shamanic rituals that involved communicating with the ghost, and relocating him.

I chose a patch of earth outside of the dorm as his new intended home.  Alone in the dark of my dorm room, I carried out the exhausting ritual over several hours, during which the ghost communicated that he was lost.  I reassured him that his new home in the earth would be comforting, and less disruptive to the people in the dorm.  He agreed to be bound to his new home, so I went outside, and directed his energy there, deep into the dirt right outside of our dorm building (which, appropriately, was called "the Shire" in the Middle Earth housing complex on the University of California campus in Irvine).  As I walked back inside the dorm building, I felt a quiet sense of peace — the static energy was gone, and never returned while we lived there.

(I should add that none of the books on exorcism or shamanism were very detailed about how a ghost removal should proceed, so I had to wing it, using intuition as a guide, yet I was never totally on my own: during the operation, I felt like someone or something was there guiding me with compassion, telling me what to say or do, and giving me confidence.   In retrospect, I am pretty sure it was one of my many spirit helpers whom I've since met in person, and work with regularly today).

Several years after the ordeal, a friend who knew the above story handed me a copy of the university's newspaper, which included a brand new article about the incident.  The reporter wrote that the dorm was experiencing a renewed haunting, and that the specter bore a resemblance to a ghost encountered several years earlier during which a "shaman had been brought in" to exorcize the building.  The story detailed my exorcism — including the burying of the spirit in the dirt — and that recent building construction around the dorm had no doubt released the ghost back into the wild

Copyright © 2022 Scotch Wichmann, All Rights Reserved.
Article registered with the Library of Congress.
Contact me for usage & reprint permission. 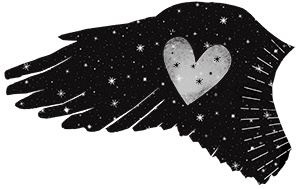 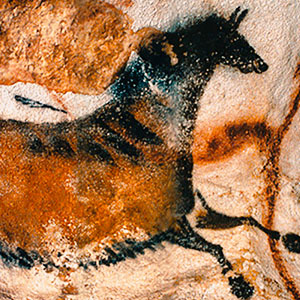 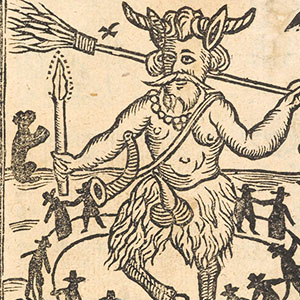